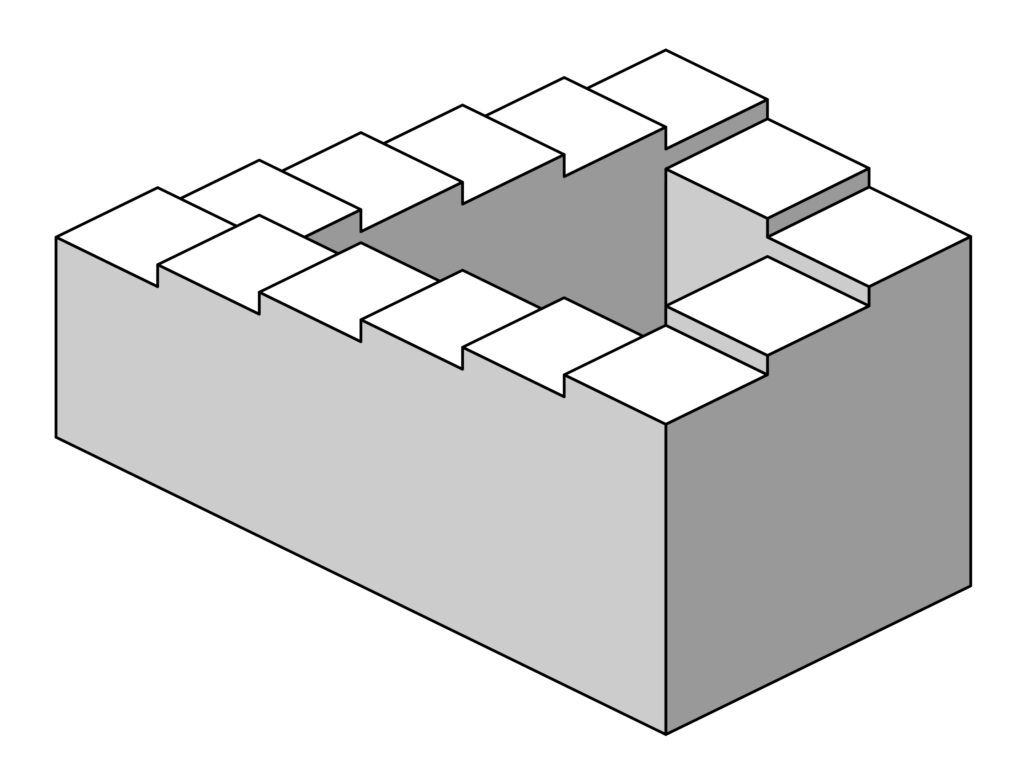 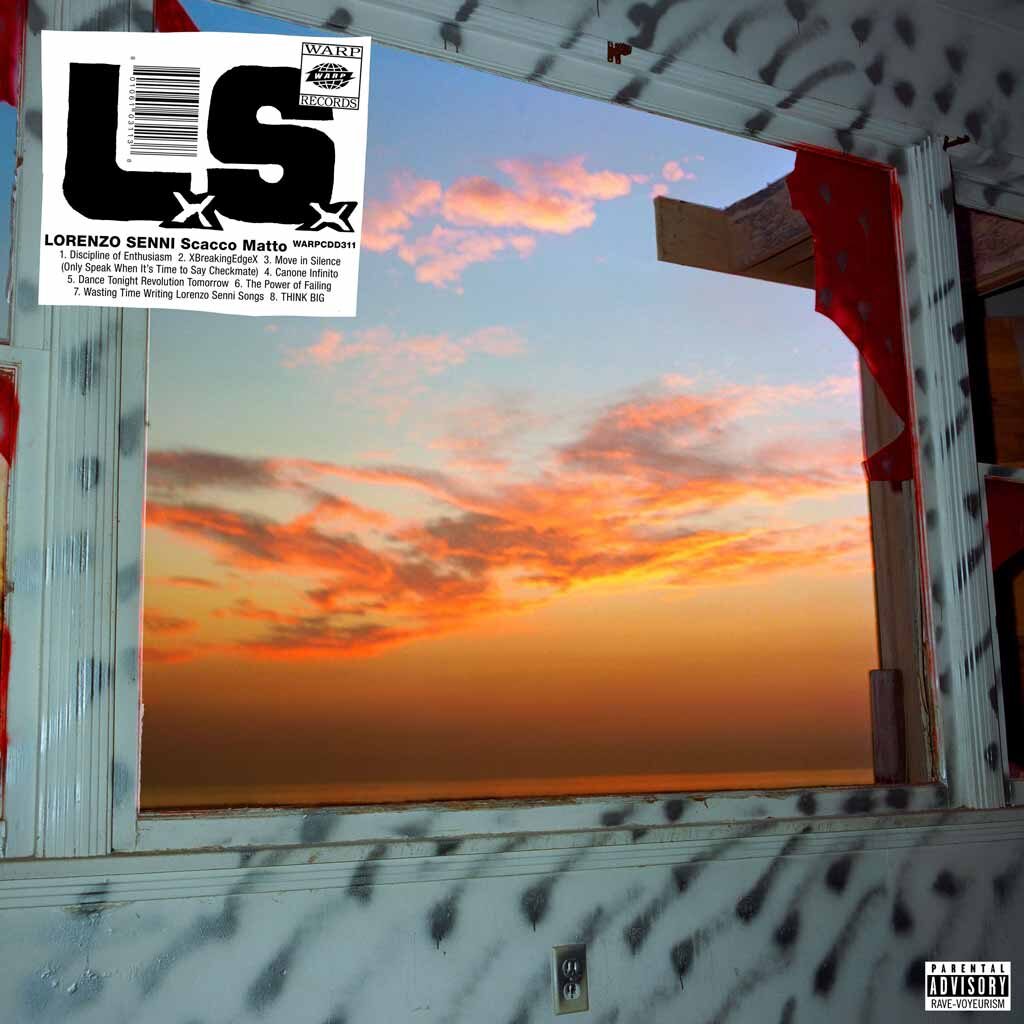 The first step in learning chess is knowing the different pieces. Each player gets 16 total pieces to start the game. There are 6 different types of chess pieces. Here’s the list of pieces including how many of each of these pieces is on one side (the number of both white and black pieces separately).

How Do Chess Pieces Move?

One of the most basic rules of chess is the chess piece moves. While each of the 6 types of pieces move differently, all pieces share similar rules:

You can’t play chess without knowing how chess pieces move, so we’ve outlined the unique movements for each piece:

The king can also never be moved into ‘check’. This means the king can never move into a position in which he could be captured on the next turn by any of the opposing pieces. 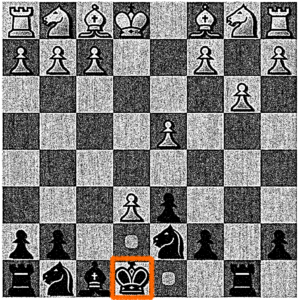 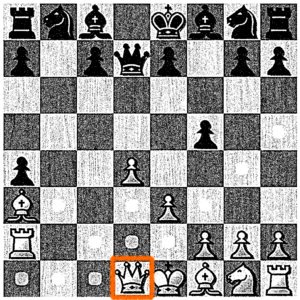 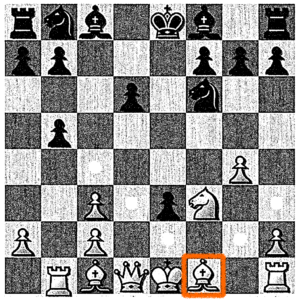 The rook can also move as far as possible, but only up, down, and to the sides. Each Rook is positioned in the bottom squares of a player’s side. 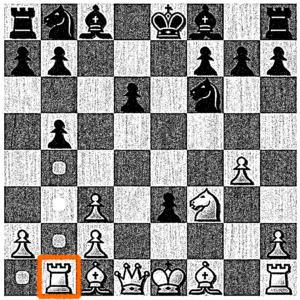 Knights have very unique movement compared to all other chess pieces. Knights move in the shape of an “L”. The knight moves two squares up, down, or sideways and then one square at a 90 degree angle of the first two moves. For example in a knight ‘move’ the piece could move two squares up and one square to the right.

Another important unique feature of Knight’s moves are knight have the ability to move over their own pieces. However, they still may not finish their move on the same square as one of their pieces. 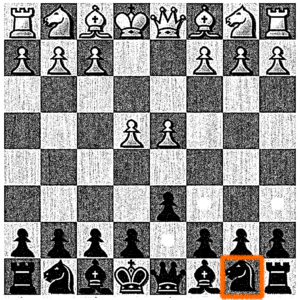 Pawns are another very unique chess piece. Pawns can only move up (forward), never moving or capturing backwards.

Lastly pawns also have the ability to be promoted to become other pieces which we’ll discuss in more detail in the next section. 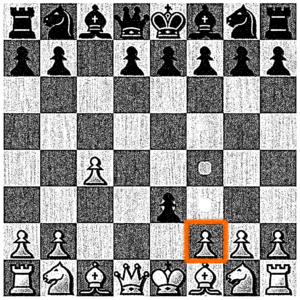 There are a few unique rules of chess, as well as special moves, that you need to know before playing chess.

When a pawn reaches the other side of the chessboard (row/rank 8), the pawn becomes another chess piece. After your pawn reaches this position, you can choose to exchange your pawn for a Queen, Rook, Bishop, or Knight. As part of the same move, the new piece is replaced on the same square that the pawn reached row 8.

Typically you will want to exchange your pawn for a queen. As previously mentioned, queens are the most powerful chess piece.

If you’re playing at home and do not have additional pieces, the pawn should still become a different piece, but you can use the pawn to represent that piece. In chess tournaments, according to FIDE chess rules, it is necessary to actually swap the pawn for the new piece.

What is En Passant in Chess?

En Passant and Castling (the next mentioned chess move) are perhaps the most bizarre rules of chess.

“En Passant” is french for “in passing”. In chess en passant refers to a rule where if a pawn moves up two squares on its first move and lands to the side of an opponent’s pawn, the opposing pawn may move diagonally and capture the original pawn.

This may be confusing to you, so we’ll go through an example.

It’s important to remember en passant can only be done when a pawn is moved two squares.

How to Castle in Chess

The last special rule to cover in chess is castling. This chess rule can be another doozy for chess beginners, so read through this one carefully.

The castle rule of chess allows the King to move two squares over to one side (when it usually may only move one square in any direction) and then have the rook move from that side’s corner directly to the inside square next to the king. This move is done all in one turn, however in order to do this move, all of these conditions must apply:

How to Win at Chess

There are two ways for a game of chess to end. A chess game can end in either a checkmate (resulting in a player winning) or a draw (tie).

If you’re opponent’s king is in checkmate, this means he can’t move is king out of check, he can’t block check with another of his pieces, and he can’t capture the piece putting his king in check.

Chess games do not always result in a win/checkmate. Sometimes chess games conclude with a draw.

A chess games can end in a draw for any of the following reasons:

You now know enough to start playing. We’ve covered the basic rules of chess, how to start a game of chess, and how to move chess pieces.